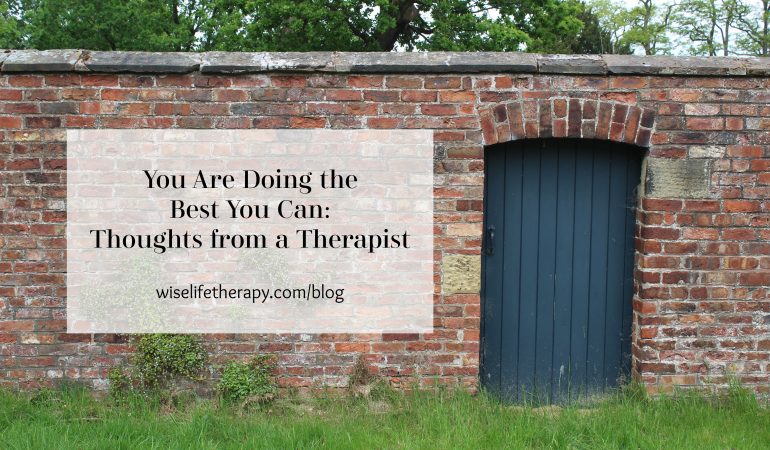 It’s okay. You are doing the best you can.

How often do you say those words to yourself? As a therapist and coach I say them to my clients a lot.

Recently I had a big insight about this, which I’m sharing in today’s post. 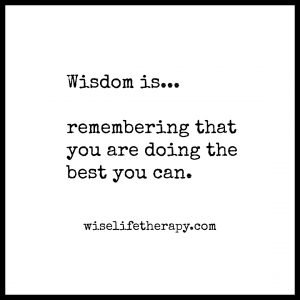 Why it’s important to hear: You are doing the best you can.

Let’s start with a story I read that I’ve been thinking about lately. I’m not sure where or when I saw it, but I know this: it has stayed with me for months.

Here’s how the story begins…

A woman tells her therapist she’s upset because she can’t clean her dishes the way she thinks she should. She’s depressed, the dishes are stacking up, and she simply doesn’t have the energy to properly scrape and rinse them before she puts them in the dishwasher.

She reasons that the only other alternative is to run the dishwasher twice to get the dishes clean. But if she does that she’ll waste a lot of precious water and energy. Obviously she cares a lot about nature and the environment, so this situation makes her feel even more depressed.

Her therapist responds that it’s okay to do what she needs to do.

And the happy ending is that eventually her depression lifts and she begins to feel more like herself again.

I love this story because essentially the therapist told her, “you are doing the best you can.”

These words are important because they remind us that we are enough, even when we’re lost in the fog of life’s challenges. Even when we feel like we’re not enough.

Most of us have had experiences of feeling like we’re not enough. In fact, the story particularly resonated with me because I was having some problems with my shoulders a few months ago. They’re much better now, but I had to shift the way I washed dishes and it bothered me. 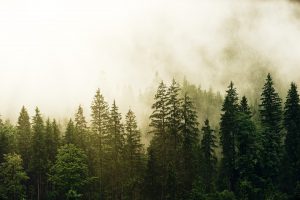 In fact, I didn’t realize at the time how much I needed to hear these same words: You are doing the best you can.

Anyway, because of my unreliable shoulders I no longer could I do a dishwashing version of the “Navy Shower.” Have you heard of that? It’s a way to conserve water by briefly turning on the shower, just to get wet. Then you turn it off and soap up. Finally, you finish with a quick rinse. And yes, you can do dishes that way too.

But I had to resort to filling the sink full of warm water so I could stretch my arms out and put less pressure on my shoulders.

And you know what? I felt bad about it. One day I mentioned this to my husband, sort of sheepishly confessing my guilt. Can you guess how he answered me?

He said: It’s okay, you are doing the best you can.

His validating words reminded me that other people often see things about us more clearly than we do.

Obviously, that’s a big part of my own job description. But it doesn’t mean I’ve mastered it for myself. At times I still need others to help me see beyond my moments of guilt.

You could say this happens because we’re hard on ourselves.

I think there’s more to it though. There are times when you just don’t have clarity about how to put your own needs first or even know what they are. You learn to push through and can easily shift into autopilot, going unconscious to your physical and emotional states.

Besides, it may not even occur to you that shifting your behavior is a viable option. Those are the times, in fact, when it’s hardest to see that you are doing the best you can.

My clients often share similar stories about what they believe are unwise or selfish choices when really all they’re doing is trying to care for themselves. Then, just like I did, they feel guilty about it, maybe even moving towards a darker brew of both guilt and shame.

It’s as if they’ve let someone or something down.

That’s the real mystery isn’t it?

Who or what do we think we’re letting down when we insist we could do better?

After more pondering and soul searching, I had a glimmer of insight: perhaps we think we’re letting down our deepest values, what we care most about and believe in.

At this point it’s still a loose hypothesis, but I had help getting here.

I remembered back to one of my favorite books ever: Finding Meaning in the Second Half of Life, by James Hollis.

Hollis has this to say about guilt…

Much of this guilt is disguised anxiety. As children we learn that our passage through this world depends on meeting the conditions set for us by our respective environments…When our own instinctual guidance leads us to truly personal expression, we activate an old, archaic warning system. Guilt then acts as an internal governor, shutting down our natural selves and recalling the agenda of adaptation rather than authenticity.

He goes on to explain that when we don’t take a stand for our values, when we rationalize or justify behaviors that fly in the face of them, then the Guilt Door swings wide open. 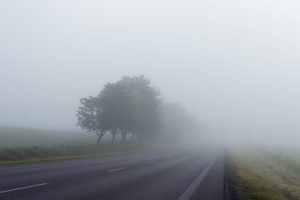 Could it be that the anxiety Hollis speaks of keeps us from believing we’re doing the best we can?

In other words, anxiety shows up before you’ve had much time to explore how to take care of yourself when you’re in need of it. It arrives along with instinctual guidance (aka wisdom) that’s trying to help you make accommodations for yourself. But then this old warning system that Hollis talks about activates the guilt and you don’t even have a chance to see (or believe it’s okay) to give yourself what you authentically need.

Or, could it be that we rarely place ourselves highest on our values list?

Then, when you’re in the midst of a values conflict (like caring for nature/environment vs caring for yourself), guilt is right there to govern your choices. The result is you automatically move toward that adaptation agenda. And that agenda tells you that you are doing the best you can only when you give your needs less priority in a values conflict, no matter the consequences.

Confession: I don’t know the answer.

But I suspect it’s a combination of both. And this definitely makes sense to me, on both instinctual and cognitive levels.

My explanation lines up with what we know about the old parts of our brains that are trying to keep us safe but not doing a very good job of it, at least emotionally. That part of your brain only cares about your survival, not about whether you are doing the best you can. It just wants to make sure you don’t get eaten by the next tiger that comes along.

It also reflects our experience of childhood: we push down and reject parts of ourselves that don’t seem to fit in with what we’re taught is worthwhile and acceptable.

There’s one more experience that I’m reminded of too.

After sitting side-by-side with clients throughout the years, entering into deep conversations about their values and what matters most to them, I’ve never seen a values assessment or a values card sort that gives you this choice:

ME, MYSELF, AND I

No, it’s just not there. Maybe there’s an option to choose “health” or something similar, but “putting my needs first” is nowhere to be found.

Of course many times we do eventually give ourselves the care we most need in the moment.

You find a way to get your bearings and see clearly. Even when it conflicts with other deeply held values. Even when you’re in the grips of that old archaic warning system.

Still, the guilt, anxiety, and resistance are all too often a part of it.

And what I want for all of us is to dial down that guilt, anxiety, and resistance.

To notice it sooner, release it, let it float away and be transformed into a reminder that we can call on whenever we need to.

A reminder that gently whispers, as often as we need to hear it:

It’s okay. You are doing the best you can.

To become a person does not necessarily mean to be well adjusted, well adapted, approved of by others. It means to become who you are. We are meant to become more eccentric, more peculiar, more odd. We are not meant just to fit in. We are here to be different. We are here to be the individual.

Posted in Counseling & Therapy, Depression & Anxiety and tagged anxiety in women, Anxiety therapist Santa Rosa ca, you are doing the best you can