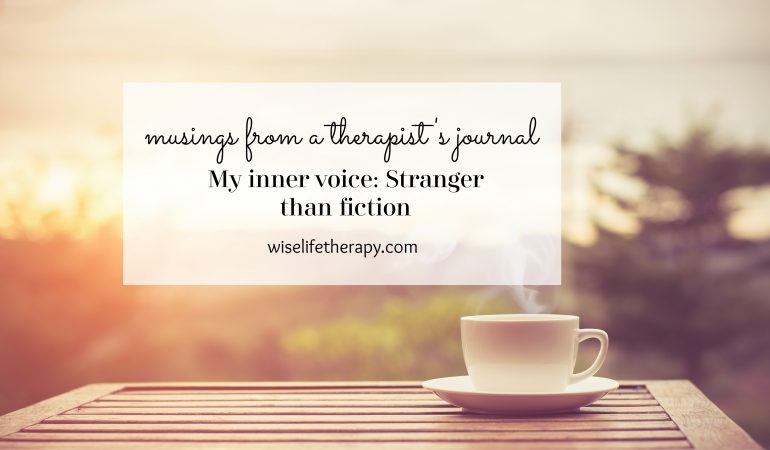 It was a time when we were nearing the end of a difficult year and I was thinking about how unrelenting it had all been. Right about then my inner voice declared that if that year had been a book, it would have been named Unrelenting.

And then I wondered what others might name it. I’ve been known to ask clients and members of my women’s groups this question at year’s end.

So I began asking…

If last year were a book, what would you name it?

The responses were so layered, so wise and nuanced. They surprised me because they held a multiplicity of meanings, a sense of how much more the year had been than simply unrelenting.

My answer, on the other hand, was pretty one-sided. Unrelenting, said my inner voice, as in ceaseless, incessant, persistent, unabated, unwavering.

I don’t know, maybe I was tired. Or swayed by media chatter, much of which proclaimed that year as the worst ever. Still, I knew I needed something else, some other way to narrate a confusing and complex time in my life.

It was a time when my inner voice was urging me to take a break.

Like I normally do, I took a few weeks off at the end of the year. Not surprisingly, my inner voice was ecstatic about this.

I filled some of the time with cooking, beach walks, sleeping, long drives, eating, magazine reading and writing in my journal.

And I watched movies too, lots of movies. I’m especially drawn to magical realism, particularly when it’s combined with quirky characters and themes of existential angst. Add in a little romance with some really good acting and I’m hooked.

But little did I know, as I settled in for one of my favorite films, that it would lead me to fresh insights about how we narrate our lives and how we make sense of them.

It was a time when I was watching the movie Stranger than Fiction.

If you haven’t seen it or need a refresher, Will Ferrell plays Harold Crick, a meek IRS agent who wakes up one morning to discover a woman’s voice in his head. She is literally narrating his life, at first remarking on mostly inconsequential details.

Except for this one very consequential detail: that he is going to die soon.

Early in the film a psychiatrist tells Harold that the voice in his head is likely a symptom of schizophrenia.

But he’s quite sure it’s not an inner voice, that it’s more like he’s a character in his own life, living an unfolding story, afraid that he won’t get enough information from the narrator to save his own life.

It was a time when I mused about how many of us can relate to this story in some way.

A lot of us know what it’s like to feel lost, like something’s missing in our own lives, our own story. And like Harold, we sometimes struggle to see a path forward beyond the gray dullness or difficulties of the present moment.

But in many ways Harold was lucky that this unseen narrator showed up. Because in his quest to intervene before she narrated his final chapter, he eventually moved toward a life he had never before imagined.

Along the way he also sought guidance from a professor of literary theory. Not only did the professor try to help Harold figure out what real life authors might be writing his story, but he asked him to pay attention to the particular kind of story he was in–comedy or tragedy?

And when it finally seemed that his story was destined to be a tragedy (with no getting around the harsh fate that Harold’s omniscient narrator had predicted for him) the professor gave him this advice:

Make your life now the one you’ve always wanted. Go out and live it fully.

So, believing he had little time left, that’s exactly what Harold did.

It was a time when my inner voice began pondering how much our stories matter.

Your story. My story. Her story. His story.

But have you ever noticed how the inner voice often tells the story of our lives going forward by looking back?

There’s nothing unusual about this. It’s absolutely the way we make meaning of our lives. It’s just that we humans have a tendency to narrate the past with inner voices and memories that point to our dark nights and perceived shortcomings. Tragedy seems to enjoy lurking in the wings.

Harold Crick, though, got a narrator who eventually saw that he possessed extraordinary qualities far beyond his tragic story, even though she had determined he wasn’t long for this world.

Clearly, Harold Crick was not your basic tragic character.

That phrase is actually a writing prompt. And my inner voice wants to tell you how much I love it. But you probably guessed that, given that I have actually repeated it six times here.

With it by your side, you become more of your own true narrator. You begin to release the false narrators in your head. You hold a mirror up to yourself. Your true inner voice and the things you need to affirm and stay present to begin to emerge.

I happened upon it near the end of the year. It’s part of a new (for me) writing activity called Stepping Stones.

And somehow, the combination of Stranger than Fiction and my Stepping Stones journaling began to shift my inner voice, the narrator in my own head.

They coalesced to give me a glimpse of a softer inner voice emerging, a narrator that sees beyond “unrelenting” and sounds more like what the real me wants to say about last year.

By the way, I’ll be sharing all the details of the Stepping Stones process in my next blog post.

Right now my inner voice wants me to stop writing about Stranger than Fiction too.

There’s a lot more to the story. So I don’t want to give it away in case you decide to watch it.

But I will leave you with the narrator’s final wise words (below) from the end of the movie. I tear up every time I hear them. Because my inner voice is now quite sure all of these small and wonderful things she mentions do save our lives every single day.

And that is what I most want to remember about last year.

Sometimes, when we lose ourselves in fear and despair. In routine and constancy. In hopelessness and tragedy, we can thank god for Bavarian sugar cookies.

And fortunately, when there aren’t any more cookies we can still find reassurance in a familiar hand on our skin. Or a kind and loving gesture. Or a subtle encouragement. Or a loving embrace. Or an offer of comfort…

And maybe, the occasional piece of fiction.

And we must remember that all these things, the nuances, the anomalies, the subtleties which we only assume accessorize our days are in fact here for a much larger and nobler cause.

They are here to save our lives.

From the Stranger than Fiction Screenplay, by Zach Helm