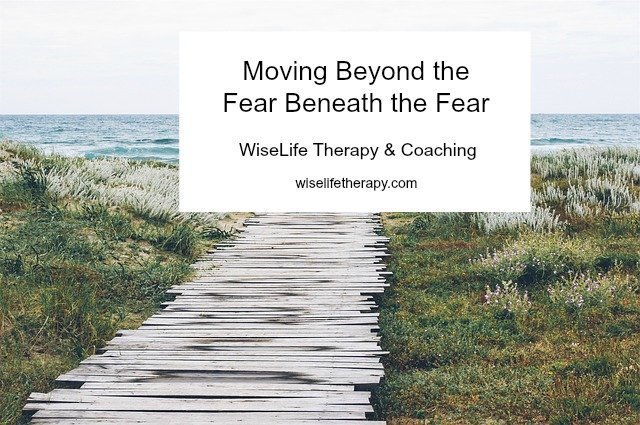 First, they tell me that they feel detached in some way from who they are.

They long to reclaim something deep within themselves. It’s usually hard to name, but it might feel like an inner knowing or compassionate self-nurturing or the spark of creative wisdom.

Second, they tell me of their yearning to belong, to connect in a heartfelt way to a community of kindred spirits and to life itself.

And yet, when there are opportunities to move towards these desires and longings they might shrink back.

“No, I don’t think I could do that,” they say, for all sorts of reasons. Reasons like being too busy, thinking it’s not their thing, or not wanting to veer from their current plans.

We can probably all relate to this shrinking back. And if you’ve been there yourself, you probably know there’s often something deeper, underneath all the reasons.

Perhaps there’s a fear or worry that you won’t fit in. Or feeling vulnerable in unknown places where you might be judged or criticized. Or believing that you’re not good enough for what you’re feeling pulled toward.

In his book, Finding Meaning in the Second Half of Life, James Hollis calls this “the fear beneath the fear.”

And the thing is, we have good reason to feel afraid.

Because we have been judged.

We have been criticized.

We have been told we’re not enough.

Most of us can trace a direct line back to earlier life experiences that taught us this. And in our shrinking back, we’re doing the best we can to protect ourselves.

But still, those desires and longings don’t go away, do they?

I’m sharing this today because the Wisdom Tending Women’s Circle starts up again next month. And there may be women out there who are feeling pulled toward it, but the fear beneath the fear is insisting it’s not safe to join.

Or maybe you have your own version of it that’s interfering with some other experience you’re being drawn toward.

So it’s okay to give some space to the fear, but know that there’s more for you too.

In the women’s circle we normalize the fear beneath the fear.

We recognize it as a part of the human experience. We strive for full awareness of it. And we agree to create a safe place where we can bring all parts of ourselves.

A place where we can acknowledge that we’re afraid and nervous.

A place where we can experience a paradox: being with the fear and also moving beyond it, toward what is waiting for us.

The remarkable thing is that you don’t have to analyze the fear in order to move beyond it. And you certainly don’t have to know what’s waiting for you.

We’ve come so far in our understanding of human development and behavior, how our minds and bodies deal with the fear beneath the fear. Now we know that it’s the processes we engage in, the felt experiences, that move us beyond the fear and towards what’s waiting.

In the women’s circle that means it’s the in-the-moment combination of writing, sharing, creating, savoring, breathing, story, imagining, sense memory, listening and belonging that is the magic wand.

So all you have to do is show up, and trust the magic to do its thing. (Oh, and by the way, hope and trust are our first themes!)

Perhaps David Whyte’s poetry says it better than I can…

Put down the weight of your aloneness and ease into the conversation…All the birds and creatures of the world are unutterably themselves. Everything is waiting for you.

What is waiting for you, beyond the fear?

Click here to learn more about the Wisdom Tending Women’s Circle and reserve a space!

The group is so rare and goes so far. It’s the place where I can get things out that feel locked up. I can hear myself. There’s so much life and validation in it.