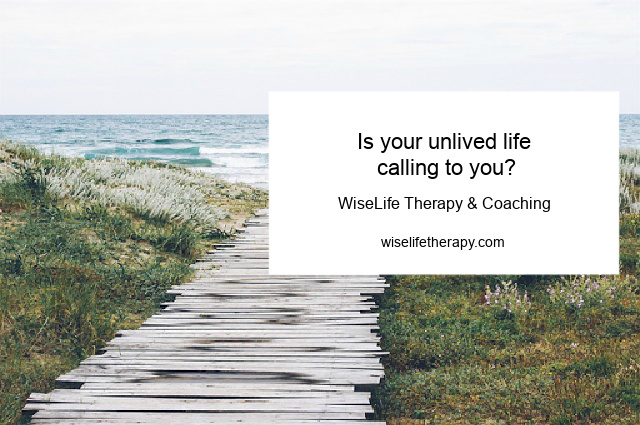 Is your unlived life calling to you?

Something’s shifted in the past few months and I see glimpses of it around me. I see women stepping back and lifting the covers on the unlived life, or the parts of themselves that don’t get much time and attention.

Some women have been able to slow down and make space for the unlived life during these strange times. Others, not so much, especially when their entire lives have become concentrated at home: work, 24/7 parenting and caregiving, online schooling and all the rest of it.

As for me, I fall somewhere in the middle.

But I’m noticing. I see women taking walks on the nearby trail. Like me, it’s probably beckoned to them for years but perhaps there wasn’t enough time to step away from the churn of life so they could step onto the path.

Or maybe their unlived life has shown up as the garden bed that’s been calling for ages.

Or the shape of the couch cushions, inviting them to take a nap.

Unlived life might have arrived in a compelling recipe that got filed away years ago. Or the wish to simply sit down and look deeply into another person’s eyes.

Could be they even heeded the wistful memory fragment of long ago days when they used to paint or write or play music.

Many times, unlived life asserts itself as a yearning that we brush aside again and again.

Still, it keeps coming back.

But if things have slowed down or become simpler for you during pandemic times and it’s still a struggle to stop and make space for your unlived life, you might ask yourself:

What have I rejected/ignored/avoided that follows me around anyway and seems determined to claim me?

If you’re a woman who feels overwhelmed, you may discover the answer is pretty simple: Stop. Pause. Take the time.

Of course, while the answer may be simple, the doing of it probably won’t be.

Even if there’s nothing to get in the way of stopping, the field of overwhelm will try to rope you in again. And there will probably be people in your life who have a vested interest in you staying exactly the same.

So making even a tiny opening for your unlived life might require what feels like an act of rebellion.

I say this because it’s not only what I’ve seen in my work with women, but in my own experiences of overwhelm and a world that’s feels too much with us and wants too much of our time.

Lately I’ve been paying attention to how easy it is to go unconscious about how I’m really using my time.

I don’t think most of us know exactly how much time and energy we put towards getting things done and mindlessly distracting ourselves.

And at what cost? At what loss?

For me the cost of overdoing and distracting is the absence of time spent outside. Or time spent reading. Sewing. Walking. Cooking. Writing. Resting. Sleeping well and deeply.

All the doing and distracting keeps the unlived life at bay.

For me it’s been a time of being aware of this pattern and exploring what it means to live fully right now in this time and place. Because if ever there was an opening for the unlived life, this is it.

Because the old life, the one that we thought would support all our doing and going and having, was built on the pursuit of the next thing.

Now, in our new reality we often can’t pursue the next thing the way we thought we could, or the way we had planned.

Of course we can adapt and try to shift and transform our pursuit of the next thing to fit the moment but something happens in the translation. We do have to stop, slow down, pause, consider–and in the process we discover there’s an opening for our unlived life that’s been waiting for us to pay attention to it.

Often what’s waiting is a deeper relationship with life itself.

A life of the senses, a life of healing, a life of quiet pursuits, a life of less. Less doing, less worry, less anxiety, less pushing, less overwhelm.

There’s still so much pushing though! I see that everywhere and it tires me out. It seems to be built into the American way. I do sort of get it, especially if the pursuits and the pushing give you pleasure. I’ve certainly experienced that and believed it to be true.

But now I question how much true pleasure is actually embedded in the push to get it all done and get things across the finish line.

And I do wonder, is it possible to live this life without the push, to be the woman who takes her time and comes in far back in the pack, but nevertheless crosses the finish line in her own relaxed way?