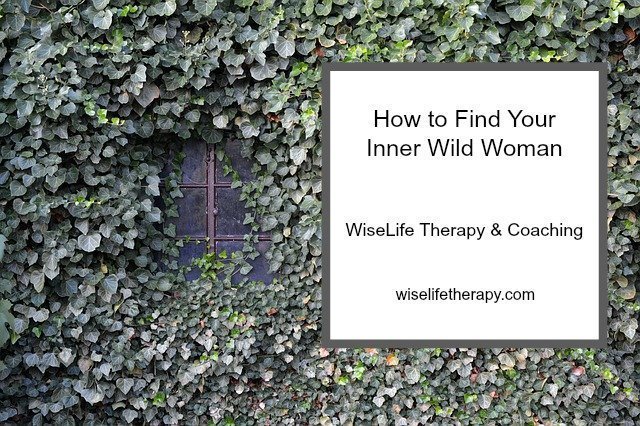 I know this is a blog post about finding your inner wild woman. But before we get to that, I just want to ask: Have your heard? Glenda Jackson is on Broadway playing King Lear.

Well, actually the show just closed a few days ago.

Still, the thought of it has excited me, seeing as how I’m both a theatre nerd and a Shakespeare nerd. Yes, I’m one of those people who’s actually read all 37 of the plays. And I definitely remember the classes I took: Intro to Shakespeare, Shakespeare Early Plays, Shakespeare Later Plays.

But aside from being a theatre nerd, there’s another obvious reason to get excited about Glenda Jackson playing King Lear.

I mean, here’s the incredible Glenda Jackson, at 83, playing an arrogant old king who finally comes to understand that love is not measured by manipulation, false praise and ego flattery, but rather by a deep and abiding bond of the heart.

But wait, there’s more. There’s another reason why this King Lear thing has its hooks in me.

Last month, while lost in an online trance, consuming all the things about this particular production (and all things Glenda Jackson), I remembered something that happened about a decade ago. And a few words came rushing back to me…

Sometimes she wants to wail at the top of her lungs. She wants to stand on the heath, barely dressed, and invite the storm like mad King Lear.  She wants to feel the battering winds. Tears streaming. Mascara running.

Turns out I had written these words myself.

It was the beginning of a sort of poem. It was an unexpected visitation from my inner wild woman. And the words came tumbling out.

Sometimes she wants to wail at the top of her lungs.

She wants to stand on the heath, barely dressed, and invite the storm like mad King Lear.  She wants to feel the battering winds. Tears streaming. Mascara running.

Not giving a damn.

She wants to hear the waves crashing below, pounding out their rhythm so strong that she can dance her own dance to their music.

She wants to dig her pretty pink toenails into the sand below, deeper and deeper, until those fine grains erase all artifice.

Her limbs ache to be released from their straightjacket, flung into the mysterious air, clumsily flailing and groping for something real to touch and hold.

Something real and messy.

Like mud pies. Juicy peaches that leave her neck draped with their remnants. Spattered paint. Fierce words. Rambunctious play. Pratfalls. Things that leave her bruised and sticky, but so alive. With dirt under here fingernails.

That’s the wisdom of the wild woman. Will you dance with her?

Who knew that my inner wild woman would show up one day in the guise of King Lear?

I sure didn’t. I remember being surprised, in a good way, because it felt so deep.

The more I thought about it, though, the more it made sense. I mean, in some ways, theatre has been my church almost my entire life. To be onstage playing a part, or to sit in the dark witnessing a live story unfold is pure magic for me.

As Jonathan Kent so eloquently puts it…

Theatre – that strange ritual, stretching back over 2000 years whereby strangers sit in rows watching other strangers – has the unique capacity to tell us secrets about ourselves in the dark.

No wonder theatre was the thing that started me on my path to study counseling long ago.

No wonder something about King Lear and that storm got anchored deep inside and eventually became a kind of conduit for me to my inner wild woman.

Shortly after I wrote my poem inspired by King Lear and the inner wild woman, I read it to a friend.

I could see almost immediately that she didn’t quite get it.

It didn’t quite land with her.

She was receptive but it just wasn’t her thing.

She had another route to her inner wild woman.

Which is really the larger point I want to make today.

Your route to your inner wild woman probably won’t be through King Lear, but it’s there for you nevertheless.

Even more to the point, it’s worth seeking out your inner wild woman.

Because the inner wild women does indeed have secrets to tell us and wisdom to share. About ourselves, our longings, our pain, our joys, our fears.

About what is waiting to be healed within us and discovered on the path ahead.

As Clarissa Pinkola Estes says, “The inner wild woman is fluent in the language of dreams, images, passion and poetry.”

And there are many ways to open up to her, to seek her out, to allow her to find us.

So, how will you dance with your own inner wise and wild woman?